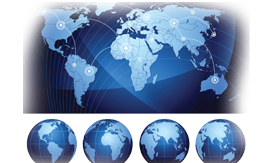 Cholera is a debilitating disease affecting large regions of the world including Africa, Asia, Latin America and the Caribbean. Due to mainly poverty, a polluted environment, a failed economy, plus the lack of clean water and sanitation, thousands of unnecessary deaths take place every year.

The water-borne disease affects every single organ in the human body. This often leads to chronic disease that becomes a major issue and burden for public health. Our goal as healthcare professionals is to create a plan to prevent and reduce the mortality and morbidity of the waterborne disease. Despite this, the strain of cholera remained a mystery at the onset since researchers had difficulty examining samples from early victims. Since the pathogen lives and multiples in the intestines, it never reaches the teeth or bones and so remnants of its DNA are not found in skeletal remains.

Although knowledge existed of burial sites for victims of cholera, accessing historical cholera DNA was of no use since it can only be found in soft-tissue remains. Estimates from the World Health Organization reveals three to five million new cholera cases every year. From this figure 100,000 to 200,000 will face death from the disease. Scientists now have access to historical collections and samples, and this is providing a better understanding of how pandemics arise, spread and ultimately come under control and hopefully be eradicated.