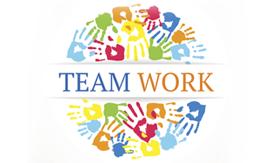 Cholera is an acute diarrheal infection caused by the bacterium Vibrio cholera, which continues to be a global public health problem and a key indicator of lack of social development. Historically, the current and longest cholera pandemic started in 1961 and it was caused by the EL Tor biotype of V. Cholera. Its outbreak was first seen in Indonesia, but it has since spread through Asia, Latin America and Africa. Latin America was first hit this pandemic in 1991, whence it claimed over 10,000 lives within three years. Haiti was affected on an epidemic scale until October 2010.

For many industrialized nations, cholera is now discussed for academic reasons, as they have not had any outbreak since the 1800s because of their improved public health system.

ROUTE OF SPREAD AND BURDEN OF CHOLERA

The infection could spread rapidly through water contaminated by the bacteria in the stool of an infected person. Vibrio cholera has an extremely short incubation period of two hours to five days. This largely potentiates the rapid pattern of fatal outbreaks. There are an estimated 3-5 million cases of cholera cases per year. Additionally, there are over 100,000-120,000 deaths due to cholera.

STASTISTICS OF CHOLERA OUTBREAK BY COUNTRY