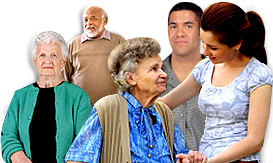 HCRFF Representative to United Nations
& The State Of Palestine

Dr. Ahmed Nigim is currently Otorhinolaryngiology Specialist Doctor and Haiti Cholera Research Funding Foundation inc.’s Representative to United Nations and international medical mission to The State Of Palestine. Dr. Nigim has been awarded the MB ChB degree from the Ain-Shams Faculty of Medicine in Cairo, Egypt and his specialisation degree in Otorhinolaryngology from Iuliu Hațieganu University of Medicine and Pharmacy in Cluj-Napoca, Romania.

Starting his professional life as a general practitioner, he was employed at the Palestinian Red Crescent NGO during the war over Gaza, Palestine in year 2014. Based on the experience gained from his work as a volunteering emergency doctor during the unstable situation of the Egyptian Revolution. Dr. Nigim has experienced another unique emergency war situation in Gaza, Palestine working under continuous pressure for 51 days with lack of almost all medical   equipment. ‘Emergency medicine during the war over Gaza in 2014’ was the title of his several presentations in many events.

In Turkey, he participated in three professional exchange programmes: general surgery, ophthalmology and cardiology in Istanbul and Ankara, in Yaditepe University and respectively in Haacettepe University Adult’s hospital2010 and 2011 he was the founder of two international professional exchange programs between two student organizations in Egypt and in Turkey. In 2010 he represented the Annul International Ain Shams Medical Students’ Congress (AIMSC)as the Secretary General, in the 22nd International Medical Student Congress (IMSSC) and signed a collaboration agreement between the two congresses – Istanbul, Turkey. Dr. Nigim has participated in the year 2009 at the International Students Meeting On Public Health (ISMOPH) and at the 12th World Congress on Public Health in Istanbul, Turkey. Dr. Ahmed Nigim also published four scientific papers on the international level. As taking part in many public health trainings, he as certified by the UNICEF as a peer educator for HIV/AIDS.

From 2020, Being a member of Haiti Cholera Research Funding Foundation inc. (HCRFF), Dr. Nigim had actively participated in many events organized by HCRFF. As a representative to the United Nations, Dr. Ahmed Nigim was the moderator of two and a speaker in one of International United Nation’s side events, in the first quadrate of 2021; The 65th Commission on Status of Women NGO’s Parallel event (CSW65 NGO) and The 54th Commission on Population and Development side event (CPD54).

Dr. Nigim was speaker, representative and educator at international events in many countries including Japan, France, Egypt, Turkey, Palestine, Romania and Austria. And Participant in many Otorhinolaryngiology congress in Romania and United Kingdom.

Dr. Nigim has been elected in the following Para-curricular positions:

Media Officer of The General Union of Palestinian Students in all Romania.